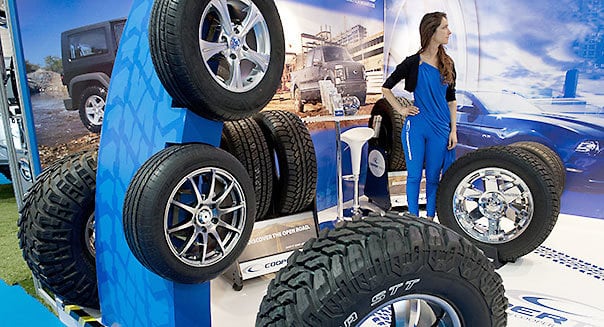 Findlay based Cooper Tire & Rubber Co. is recalling 10,236 radial SUV/light truck tires sold under its own and three customer names because of possible tread separation issues.

The recalled tires are:

These tires may have been manufactured with contaminated rubber in the tread compounds that could result in tread separation, Cooper told the National Highway Traffic Safety Administration. “We have received reports from several dealers regarding the subject tires developing early life tread separations when placed in service,” Cooper said in a June 5 letter to NHTSA. Cooper’s internal investigation showed a small amount of “non-standard” rubber stock was mixed inadvertently with the specified tread stock.

Cooper’s recall number is 156. Cooper will begin notifying owners of the tires June 15 and replace them free of charge, including mounting and balancing, the company said.Cooper did not indicate whether it had received any reports of personal or property damage as a result of the suspect tires.