Used-Car Loophole For Recalls Tightens Up 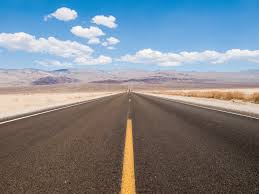 The powerful auto dealer lobby won a key legislative battle in December when a ban on selling used vehicles with open safety recalls was left out of the highway bill President Barack Obama signed into law.

But now the lobby and its allies face a guerrilla war against government and industry insurgents working to close off what consumer and safety advocates say is a dangerous loophole. That war is flaring on several fronts:

Taken together, the moves make clear that while the proposed federal law to close the used-car loophole is dead for now, efforts to keep unrepaired recalled vehicles out of circulation are stirring. And with powerful players mobilizing on the issue in an era of high-volume, high-profile recalls, dealers and automakers may face pressure to revisit their policies.

The National Highway Traffic Safety Administration says it’s not done fighting for an end to the sale of any vehicle — new or used — with an unfixed safety recall.

“We’re happy to see any steps to help protect consumers and prevent the sale of vehicles under recall,” he said.

The highway law enacted in December contains provisions that bar rental agencies from lending vehicles with open recalls, but NADA’s influence on Capitol Hill helped kill an amendment by Sen. Richard Blumenthal, D-Conn., that would have extended the ban to used-vehicle sales.

NADA spokesman Jared Allen says while the group supports the goal of fixing 100 percent of recalled vehicles, policies such as Blumenthal’s amendment are “overly broad” and “counterproductive.”

The Blumenthal amendment and similar proposals fail to distinguish between “minor” issues and legitimate safety concerns and would needlessly ground millions of used vehicles, driving down trade-in prices, Allen said, referencing an NADA-commissioned study by J.D. Power and Associates.

“Let me be clear: These are not that the wrong tire-pressure sticker is on the car or some other little minor item,” Jackson said during AutoNation’s fourth-quarter earnings conference call. “These are significant safety recalls, and we feel the time has passed that it’s appropriate to take a vehicle in trade with a significant safety recall and turn around the next day and sell it to consumers.”

On any given day, 15 percent of AutoNation’s used-vehicle inventory is put off limits because of recalls, with new recalls coming every day, Jackson said during the conference call. But it’s worth the headache to try to keep potentially unsafe vehicles off the road, he said, and ultimately a competitive advantage for AutoNation to be able to pledge that its inventory is recall-free.

Last month’s FTC cases represent a new avenue of attack for federal regulators. The terms of settlements with General Motors, Lithia Motors Inc. and Jim Koons Automotive Cos. prohibit the companies from claiming their used vehicles are safe or have been subjected to rigorous inspections unless they are free of open recalls, or unless the companies note that there may be open recalls.

Aaron Jacoby, a partner and automotive group practice leader at law firm Arent Fox, said the FTC targeted GM, the largest U.S. automaker, and Lithia and Koons, both top-20 dealership groups, to establish a model policy for carmakers and dealers.

“It appears that in the bigger picture the FTC is seeking to implement a requirement for disclosure,” Jacoby said. “By piecing together these enforcement actions they’re trying to create a policy that’s based more on a fear of enforcement than a legislated prohibition.”

Jessica Rich, director of the FTC’s Bureau of Consumer Protection, said more enforcement actions may be in the offing.

“We really do hope these actions send a signal to the marketplace as a whole,” Rich said. “We really do want it to have widespread effects.”