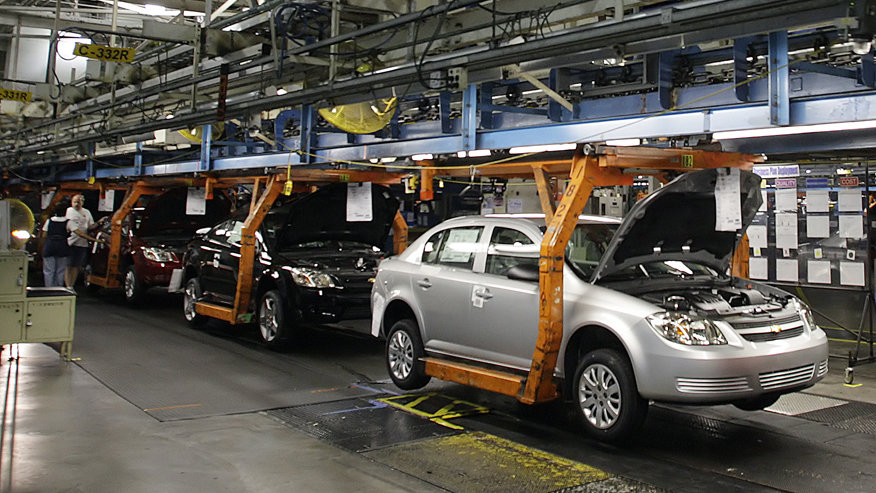 A new bill that would keep rental car companies from renting out vehicles that have been recalled because of safety risks was introduced today in the U.S. House of Representatives.

The Raechel and Jacqueline Houck Safe Rental Car Act of 2012, named after two girls who died in a recalled car rented to them by Enterprise, would require companies to ground vehicles in their fleet that are under safety recall until they are repaired.

“If a recall notice has been issued for a rented car, that car should be taken off the road until it’s fixed – it’s that simple,” said Rep. Lois Capps, D.-California, one of the sponsors of the bill. “Passing this straightforward bill will protect the public’s safety and ensure that what happened to Raechel and Jacquie Houck will never happen again.”

Cally Houck, the mother of Raechel and Jacquie Houck, began pushing for changes to the law after her two daughters, aged 24 and 20, were killed in 2004 when the Chrysler PT Cruiser they rented from Enterprise apparently began leaking steering fluid and suddenly caught fire before crashing into an oncoming semi-tractor trailer.

As reported in a 2010 ABC News investigation, the car had been under a safety recall for the potential fire hazard, but was still rented to the sisters.

Watch the original ABC News report on the Houck sisters.

The Houck family sued Enterprise, and after a lengthy legal fight, the company admitted negligence and was required to pay $15 million in damages.

After the ABC News report, the National Highway Traffic Safety Administration launched an investigation to see how quickly rental car companies repair vehicles that have been recalled.

In February, Houck started a petition on Change.org calling on Enterprise, the nation’s largest rental car company, to drop its opposition to an earlier version of the bill that was introduced in the Senate last year by Sens. Barbara Boxer, D.-California, and Chuck Schumer, D.-New York.

The petition garnered signatures from over 100,000 people, and within days, Enterprise had changed its stance and announced it would be supporting the law.

But last month, Sen. Boxer, joined by Houck, announced that three of the nation’s four major rental car companies had declined to sign a pledge promising not to rent or sell cars under safety recall until those cars are fixed.

Boxer said that only Hertz had agreed to the pledge, but that Enterprise, Avis and Dollar Thrifty had not. “I want to say to America’s families: You demand that all these companies sign this simple pledge. . . Tell your families that Hertz is the only one that signed this pledge.”

There, Houck said that a law is necessary because “we cannot depend on the industry to do the right thing.”

The three companies that declined to sign a pledge still maintained that they support federal legislation to ensure rental car safety, but they believe that any legislation should also cover other business that transport passengers, like limousine and taxi companies.

Representatives of Enterprise, Avis and Dollar Thrifty all responded to Boxer’s press conference by saying their companies address safety recalls in a timely fashion. An Enterprise spokesperson said categorically that the company “does NOT rent any vehicles under recall that have not been repaired first.” An Avis spokesperson said the company “[does] not and will not rent a vehicle” under recall, while Dollar Thrifty released a June 5 letter to Boxer in which the company asserted that “Dollar Thrifty has an outstanding safety record . . . specifically with respect to the timely repair of safety recalls.”

An aide to Sen. Boxer told ABC News that Boxer and Sen. Schumer are now “putting the finishing touches” on a Senate version of the new House bill.